10 Tips for Employees Dealing with Conflict in the Workplace

Most people spend more time at work with their co-workers and supervisors than they do at home. It's only natural to develop relationships, sometimes even friendships, at work. Most of the time, the relationships they have with colleagues are easy-going and relatively conflict-free. When conflict does arise between people or groups, it can disrupt the entire organization. It is vital then that employees learn the necessary skills to avoid conflicts, diffuse arguments, and communicate effectively. Following are ten tips that will help employees deal with conflicts in the workplace.

Don't let a problem go for so long that it festers into a big issue. Addressing conflicts in the early stages is the only way to minimize their duration and severity. If there's something brewing, take active measures to figure out what the problem is and adjust accordingly. Perhaps the problem with a co-worker is simply a lack of communication, or both parties are just stressed, burnt-out, and tired. The only way to find out for sure is to ask and also to explain to the other person what the problem is. 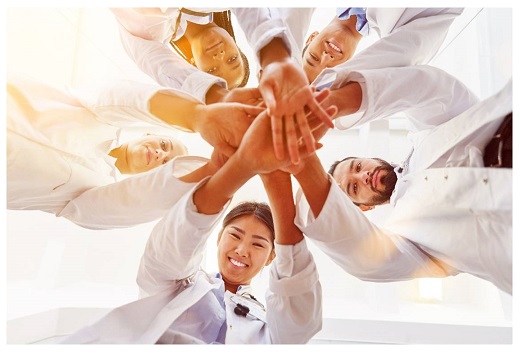 Although it might be tempting to send an email in an attempt to resolve a conflict, don't. It's incredibly difficult for others to understand the intent behind written words, and the intent may be easily misinterpreted. It is far better to speak in person, where it's easy to see the other person's facial expressions, body language, and to hear their tone of voice. Finding a place to talk privately, and without distractions or interruptions, is imperative. It's also important to allow enough time for both parties to speak fully so they feel as though they're being listened to and understood.

When speaking to a colleague about a conflict, avoid focusing solely on the problem. Begin the conversation with something that brings both sides together. Common ground may only be that both sides have the same desire to complete a project on time. Even the smallest similarities, when pointed out, help improve the quality of work relationships and bring people closer. In most cases, the conflicting parties are both keen to resolve the issue and simply want their point of view to be acknowledged and understood.

The fastest way to accelerate a conflict is by throwing in emotional outbursts and falsehoods. People who are truly working towards a resolution keep their emotions and opinions to themselves. They focus only on the facts of the matter and stay on point, even if the other person becomes emotional. This not only helps avoid hurt feelings, it also helps speed up the resolution process. Plus, they still have to work together after the conflict is over, and it will help to avoid any long-term negative vibes going on.

The truth is, working with others can be difficult. Co-workers are not going to agree with everything the other has to say, whether they're having a conflict or not. That's just the nature of being an individual. Keeping an open mind, hearing them out, and understand where they're coming from, however, is a requirement. Listening carefully, not interrupting, and keeping body language and facial expressions in check are all signs of an open mind and respect. A thoughtful conversation begins with listening until the other party has finished speaking. Only then is it appropriate to ask thoughtful, respectful questions to gain clarification on any points they've made.

People often become very passionate about their point of view, and there's nothing wrong with that. However, how a person speaks to others determines how they react. The best way to make a real impact and get the point across is to remain calm. No one wants to listen to someone who raises their voice, gets excited, or lets their temper flare. By remaining calm, cool, and collected, a person not only garners the respect of others, but they are also more likely to be heard and understood. Being seen as a level-headed, thoughtful, calm person is beneficial in many ways, in the workplace and outside.

It's tempting to take problems to workplace friends who can sympathize and empathize with the situation, but don't do it. Spreading rumors, gossiping and discussing problems with other employees at work ensures that things will get nasty very quickly. The best policy is not to speak to anyone, except the other person involved in the conflict. If the problem is really troubling, but not serious enough to bring in a supervisor, talk to a friend or relative after work about what's going on. Just keep delicate information confidential and avoid mentioning names or other identifying information.

Call in A Third Party

Sometimes, coming to an equitable resolution is impossible for two people who are passionately disagreeing. Sometimes things just come to a stalemate, or the conflict deepens despite both parties applying all of the techniques above. In this case, it might be a good idea to involve an impartial third-party. Talk to the HR department, manager, or other supervisor and explain why an intervention is necessary. To avoid any additional problems, let the other party know that a supervisor will be notified and how it may help resolve the issue before it gets out of hand.

The emotional toll of conflicts can be huge, especially if people hold on to them. Once the dust has settled and an agreement has been reached, let the past go and focus on ways to move forward. Forgive the other person for their part in the conflict and understand that they're just human. Likewise, avoid self-blame and understand that it's okay to have a disagreement with someone else. It's not okay to keep dwelling on it if there is work to be done. It's also a wise idea to leave work problems at work; unresolved issues can have a dramatic and damaging effect on a person's non-work relationships as well.

Learn from the Conflict

Conflicts are a great opportunity to get to one's self on a deeper level. Evaluating the situation allows a person to discover some flaws and imperfections that may make them feel a bit uncomfortable, but that simply means they're growing. Embrace the fact that both people had a part in both the conflict and the resolution. Carry those lessons forward and the frequency and severity of conflicts will be greatly diminished both at work and at home.

The truth is, no workplace is completely free of conflicts, and no one really wants it that way. When people disagree in the right ways and handle their conflicts professionally and intentionally, great things can happen. At the very least, those involved with the conflict learn about themselves and gain a better appreciation for their co-workers. Conflict, when properly managed and resolved, can also lead to improvements and innovations within the organization. When dealing with a workplace conflict, don't wait for it to get to a critical point. Schedule a private meeting with the co-worker, listen and speak with respect and work together on a solution. If the problem still exists, find an impartial person to mediate the conversation. Once a solution has been found, let it go. Forgive, forget and move on to bigger, better ideas.